Tori Wilkinson, CAD Manager for Siteline Limited, relates how the surveying business based in Hampshire, England, has exploited Undet point cloud software for AutoCAD to streamline its workflow.

We have used Undet for a year now and have found the improvements in our workflow to be significant. The interface is very user-friendly and highly intuitive and the software incredibly stable, allowing us to work with far larger data sets within the AutoCAD environment than was previously possible. – Tori Wilkinson, CAD Manager

We are now able to import an entire scan project into CAD, no longer wasting time pre-processing it into smaller chunks nor loading and unloading them whilst drawing – everything is readily available at our fingertips. Visually, the quality of the data is crisp and the colour control options vast. The colour ramps are fully customisable to suit the user and colour can applied on a project, sub-group, or individual scan basis. This not only improves visibility of the data, but has proven hugely beneficial in the interrogation of it, allowing us to assess the accuracy of crossover data between scans quickly and easily within CAD. Similarly, the flexibility offered by the clipping tools and the fact the regions are auto saved for re-use until deleted, mean the user has maximum control over the data.

Recently we scanned a substantial hotel, converted from adjoining large Victorian properties, resulting in what can only be described as a “rabbit warren” of a building. This included a number of stairwells, some of the ones away from the public areas being very tight and winding. We were able to very easily isolate these areas, switching on only a selection of scans, viewing them in 3D and utilising colour controls to make sense of them. Any confusion or visualisation problems previously caused by crossover data have been all but eliminated. Conversely, by reducing the visual density of the point cloud, we could work on extensive floor plans or cross sections with a huge spread of data visible all at once, enabling us to generate the significant line-work very quickly. 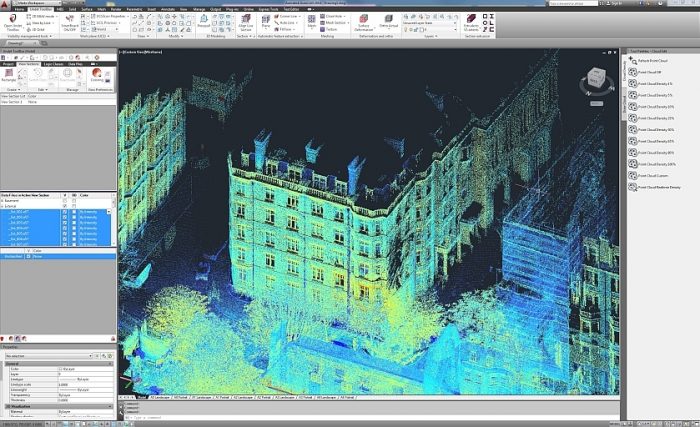 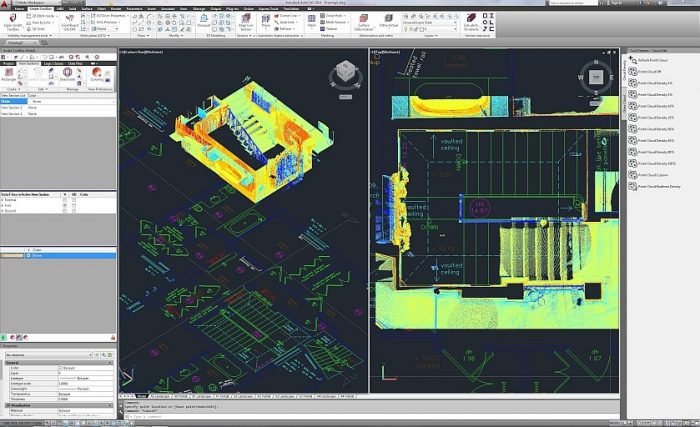 “One of the things we really like about Undet – the developers have given proper thought to what the user needs and as a result it is absolutely focussed on doing what it does well, with no gimmicky added extras.” – Tori Wilkinson, CAD Manager

While most of our scan work is producing measured building surveys, we had an unusual request from a shop-fitting client who was installing an elaborate staircase. We scanned and produced an accurate 3D model of a long sweeping balustrade support rail, to enable a finely machined handrail to be produced on their CNC machine. Seamlessly integrated with native AutoCAD modelling tools, the Undet “SmartBoard” proved perfect for this task. It allows for rapid setting up of work planes, which at the same time provide a cross sectional view through the data, in an automated split screen environment. It would have been possible to achieve the same end result without it, but certainly not so quickly nor fluidly, as it is specifically designed for this purpose. This is one of the things we really like about Undet – the developers have given proper thought to what the user needs and as a result it is absolutely focussed on doing what it does well, with no gimmicky added extras. 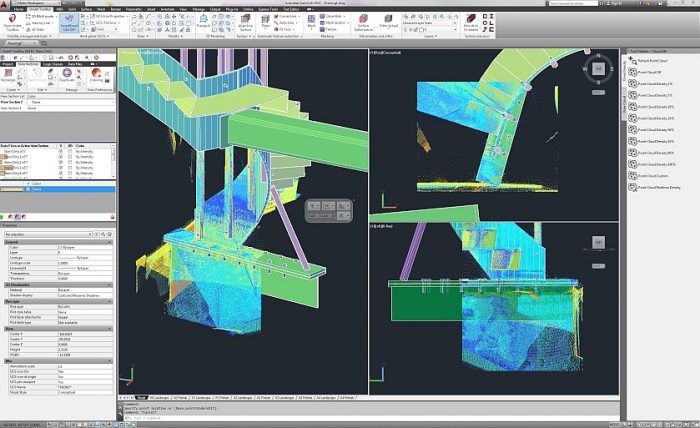 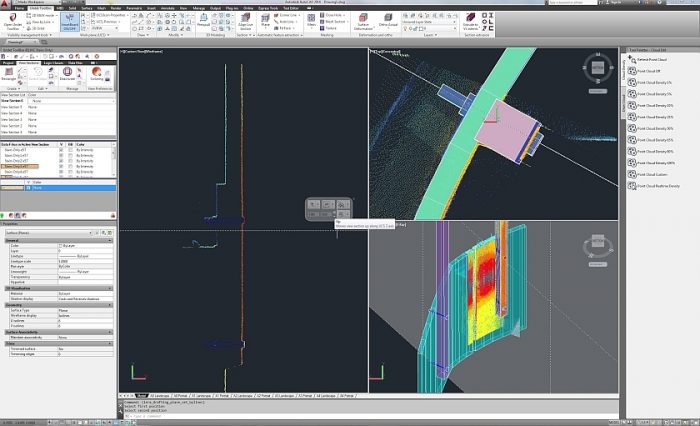